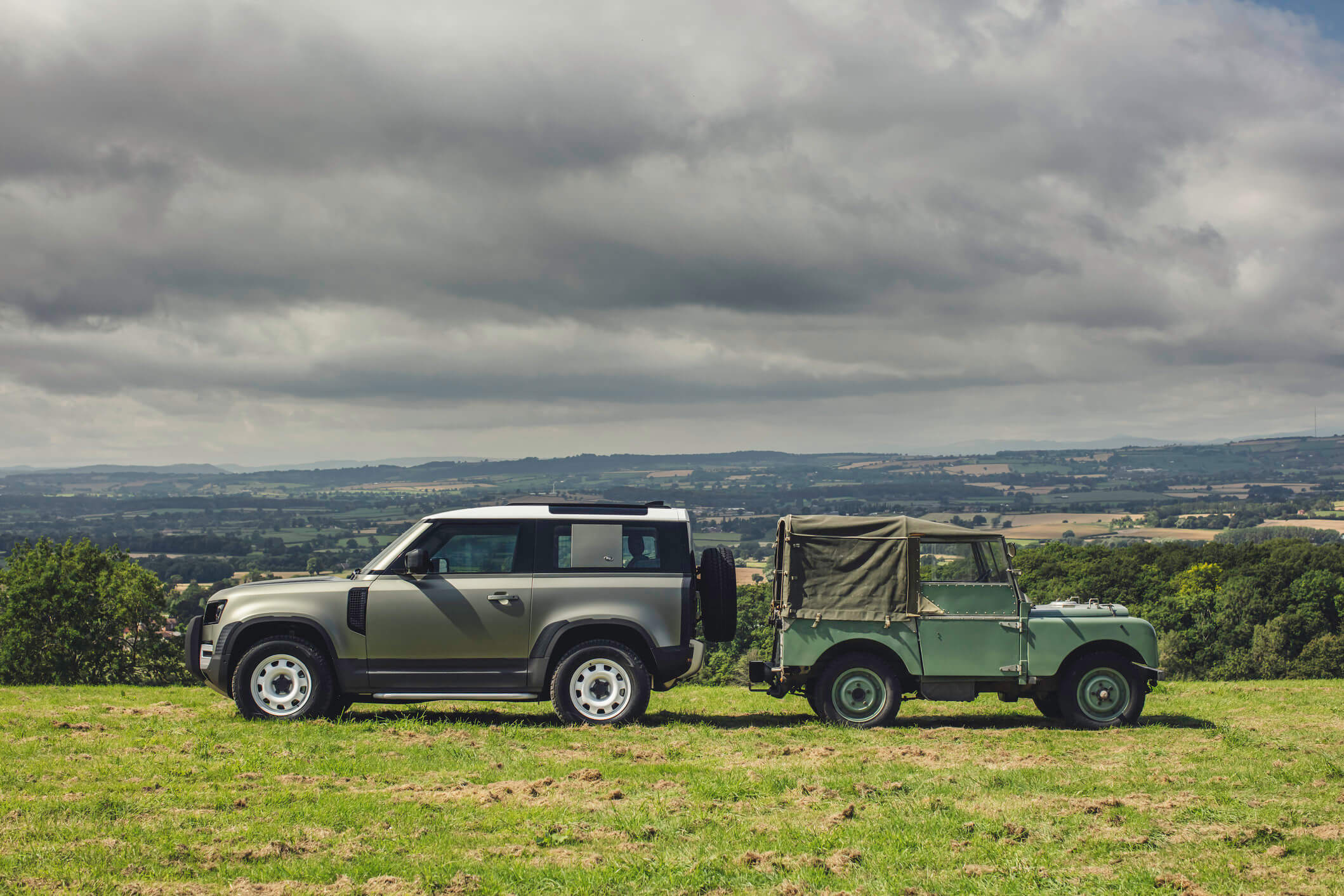 With the launch of the new Land Rover Defender 90 and 110 this month – and yes they are breathtaking – now feels like a fine time to look back and luxuriate in the heritage and evolution of a true legend.

Throughout the 1940s, Rover was – behind the scenes – creating, prototyping and building their first all-purpose adventure vehicle. It wasn’t until 1947 that that very first prototype, which back then had a central driving position, was christened Land Rover.

The first model – with a 80in wheelbase which later became known as the Series I – officially launched on 30th April 1948 at the Amsterdam Motor Show with a price tag of £450. Then in December that same year came the Land Rover Station Wagon – just 641 were built – but the big win came the following year when the British Army placed its first of many Land Rover orders.

Getting the royal seal of approval was of course a glorious game changer in 1953 as Her Majesty The Queen and The Duke of Edinburgh took to the first ever 86-inch custom-built State Review Land Rover.

After many tweaks – including the addition of the longer wheelbase model – the long-awaited Series II launched in 1958. By 1966 the 500,000 Land Rover had been produced, followed swiftly by the launch of the Land Rover Series III in October 1971.

The County Station Wagon, featuring a far plusher trim launched in April 1982, as well as the new One-Ten model just under a year later. It was in 1990 that The Ninety and One-Ten ‘Landies’ were renamed to the now iconic Defender 90, 110 and 130.

By 2007 the Defender had enjoyed a number of nips, ticks and turbo-charges; a six-speed gearbox went in, the back-facing rear seats went out and customers were given the option of an all-new Utility body.

To mark Land Rover’s 65th birthday in 2013 – oh to be young – the LXV Special Edition was released with full leather seats and "LXV" embossed headrests. The Year of the Defender celebrations two years later saw the launch of three new Limited Edition Defenders as well as the recreation of the Series I original production line at Solihull.

Cut to September 2019 and the brand new Defender is the toughest and strongest so far. No mean feat considering Land Rover’s hardcore heritage.

Ready to kick start your own love affair with Land Rover? We’ve got three entirely indulgent models to take your next adventure in. We’ll even deliver it to your door and collect it afterwards. Nice.

This adventure-loving 5+2-seater is an all-powerful SUV with enough seats to bring the whole team along for the ride.

Our top-of-the-range vehicle. Goes from 0-60 in 6.8 seconds. And yes that feels as good as it sounds.

We hope to have the new Land Rover Defender in our fleet in 2020. Sign up here to be the first to hear about additions to our fleet and the latest news from THE OUT